Hard water is a pervasive problem in the US, but it’s not always obvious if you have it in your home. The most visible symptom of hard water is scale. It’s a white, flakey buildup on plumbing fixtures, but that’s not the only part of hard water scale that a homeowner needs to be worried about.

Scale can be a symptom of greater plumbing issues in your home, ones that have serious consequences if left untreated. To be prepared to deal with scale, you need to know how it’s formed, what other problems it might cause, and how you can best deal with it when it shows up.

When talking about hard water scale, it’s important to know what hard water is too. Hard water has a high concentration of calcium and magnesium and almost always has a high pH balance.

Hard water scale is just a solid deposit of those minerals binding together and to some surfaces. The water spots you see on your dishes and glass shower door are hard water scale too, just much smaller than the white flakes on your fixtures.

This scale buildup is only possible in heated water with a high pH, or water that is very base. Base liquids like bleach or ammonia are the opposite of acids like lemon juice or coffee, with pure water and a healthy human body right in the middle with a 7 pH balance. It is only possible for hard water scale to form in water more base, or less acidic, than the human body.

What Problems Will it Cause? 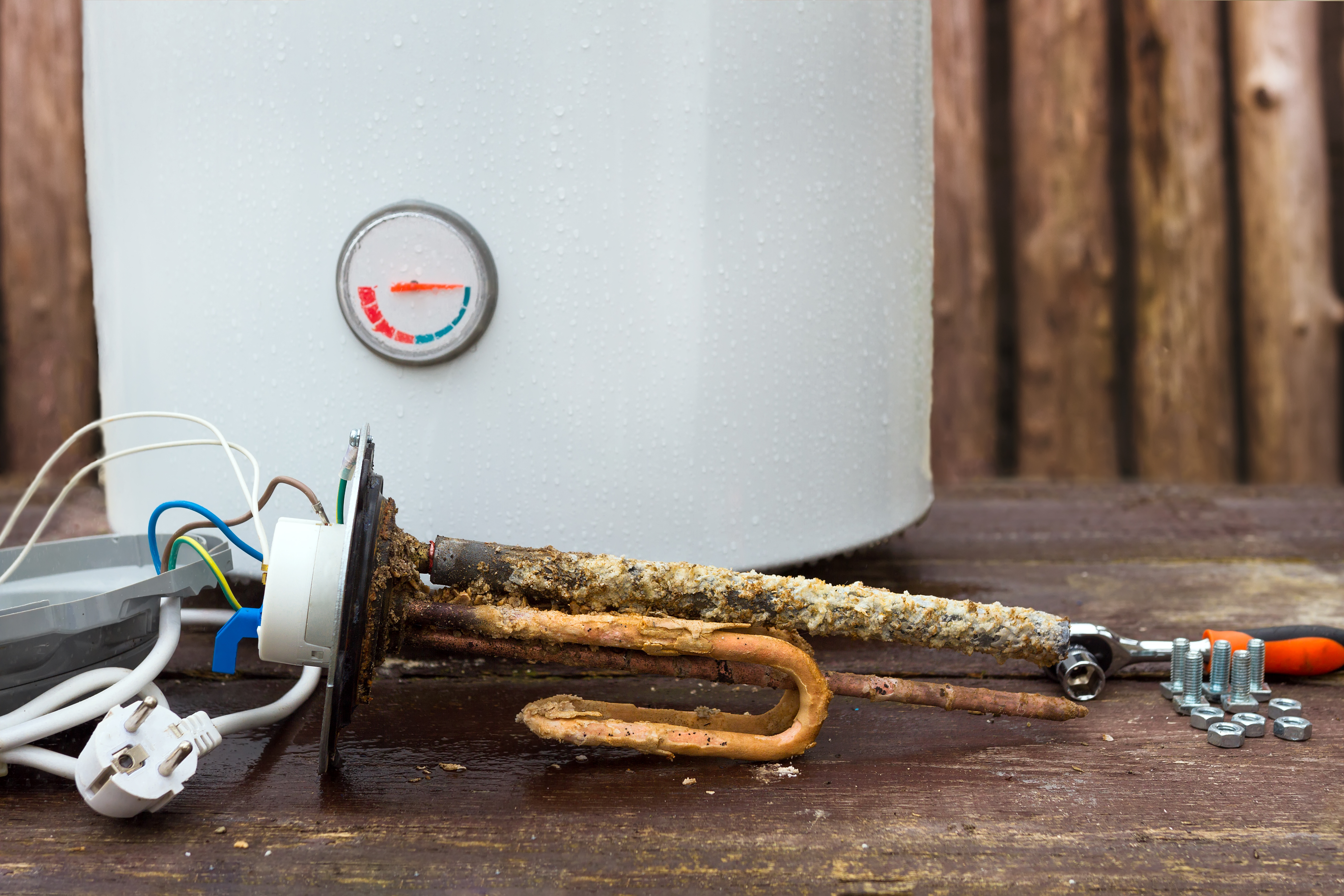 Other than being an eyesore, hard water scale causes a wide range of less obvious problems. For example, the formation of scale also reduces the effectiveness of most soaps! The calcium and magnesium in hard water bond to soap, preventing the soap molecules from bonding to dirt and oils the way it’s supposed to. Hard water also bonds to human hair and skin, causing irritation and brittle hair.

Scale also forms on the inside of your pipes, costing you a lot of money. This will slowly reduce water pressure in your home and eventually can cause clogging or in a worst-case scenario, a burst pipe. It can also do this to your appliances, damaging dishwashers and washing machines with blockages. And in water heaters scale builds primarily on the heating element, reducing its efficiency and costing you more on your utility bill.

Altogether, these problems are enough to seriously consider how to avoid scale altogether.

What do I do about It?

Once you know how scale forms and what problems it causes, the last question is how to treat it. Unless you are willing to go without hot water, the first option is to remove the calcium and magnesium entirely. An older style of water softener uses Ion Exchange technology that replace calcium and magnesium with sodium from salt pellets. This method will prevent hard water scale but does not remove existing scale. Additionally, salt-based systems may be banned in your city, have unexpected costs, and may damage your home and garden.

To get rid of existing scale you will have to introduce an acid to your pipes like vinegar or lemon juice. These acids have a low pH and will dissolve scale, but while vinegar makes a great cleaner for hard water spots and scale on fixtures, it isn’t practical to try and acid wash the plumbing and appliances in your house, and your water heater would need to be completely drained to do so.

We personally recommend solving both problems at once with a NuvoH2O system. Our systems use a unique citrus formula to both prevent and remove scale with one system. The citrus solution binds to calcium and magnesium, preventing it from forming scale or binding to other things like soap and your skin. Additionally, the low pH of citrus can dissolve the existing scale in your pipes and appliances, restoring function and efficiency to your appliances that have already suffered hard water symptoms.

As a homeowner, you don’t have to fear hard water. While about 85% of homes in the US have hard water, the symptoms are very manageable with some time and effort. Taking the time to educate yourself on what you can do to treat the hard water in your home, picking the right water treatment option, and implementing a water softener that fits your lifestyle is all it takes to prevent costly damage.

Take the time to get worry-free water today.